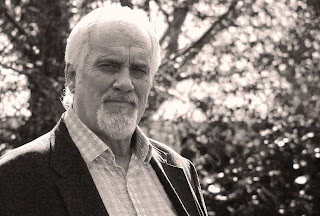 Rick Baber is the author of two detective novels: Purity – what if everything you thought you knew was wrong?; And the first sequel: unrighteous god. He is currently working on the third book in the trilogy: Cherokee Salt. These books are based loosely on Rick’s lifelong career as an Insurance Adjuster and Private Investigator, in tandem with what has been described by many, more sane people, as a wild imagination. Mostly that! In 2010, Rick founded TigerEye Publications to publish his own books (8, so far), as well as the works of several other previously-unpublished authors. You can visit Rick online at www.RickBaber.com .

Jeff Davis didn't sign up to be a hero. He is an unassuming middle-aged insurance adjuster who just wants to pay his bills and be left alone. That simple pursuit ends when he is called upon to investigate an automobile accident that claimed the life of a young girl who is apparently the fifth victim in a series of Arkansas kidnappings. Finding himself drawn into the criminal investigation due to inept or corrupt law enforcement, he stumbles onto a literally "out of this world" religious cult that forces him to question his own beliefs - or, more accurately, his absence of beliefs - while risking his livelihood, and his life, to rescue four children he has never even met. But, is he rescuing them, or is he condemning them?

"I'm not saying there is no God. What I'm saying is maybe it's not who you think it is."
So begins the next adventure of Private Investigator Jeff Davis as he, once again, becomes reluctantly involved in a case he figures he could live without. Somebody is killing seemingly random people, and leaving their bodies beside specific highway mile markers. The police are baffled by the clues. When a friend of Jeff is actually arrested for the first two murders, he sets out to clear him - drawing himself  into a deeply personal relationship with the killer.

In this third Jeff Davis detective novel, and the first one told by Jeff, himself, he is tasked with proving the innocence of a man convicted of a 5 year old murder. Against a backdrop of political unrest and a raging, deadly pandemic, the investigator completes his mission at the cost of putting the lives of himself and his family in jeopardy at the hands of an enraged criminal DEA agent. 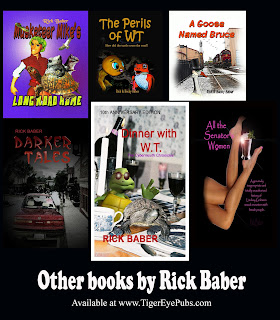 *All books available at TigerEyePubs.com ; or Amazon.com *